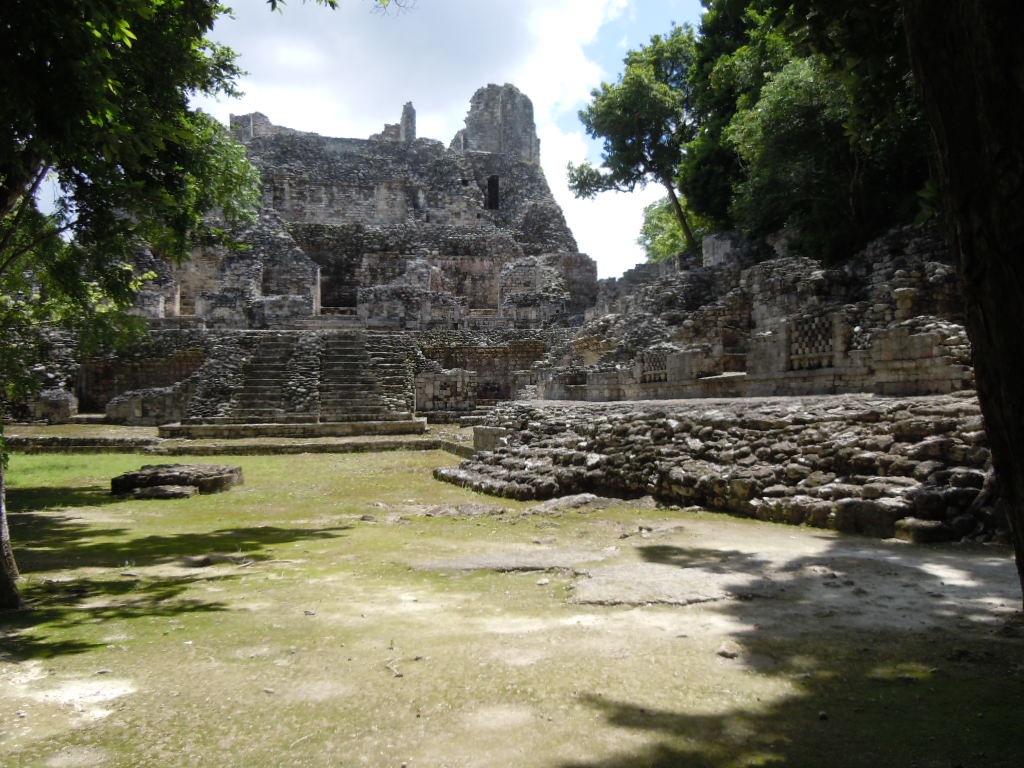 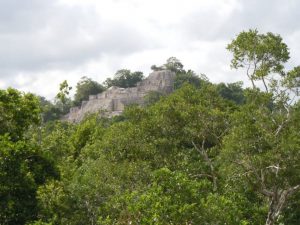 Majestic grey stone structures in the middle of a Mexican jungle witnessed many Mayan civilisations. A veil of mystery and magic keeps people coming back to see these ancient pearls. One of them is Calakmul, a Biosphere Reserve located 22 miles (35.4 km) from north of the border of Guatemala. This destination is not touristic, so it is more enjoyable to admire different plants and animals, and hidden structures. Allow at least 4 hours to visit as the area is big. Remember to stay hydrated and use some mosquito repellent.

Midnight Bus from Playa del Carmen to Pyramids of Calakmul. The bus company ADO goes from Playa del Carmen (Yucatan Peninsula) to Xpujil, town close to Calakmul. In order to save time, it is wise to take a midnight bus and sleep on the way. Seats are fold down and comfortable. The trip lasts about  5 hours. A small snack is included in ticket’s price ($20).

Breakfast at Juanita’s. The bus arrives early in the morning. Local taxi drivers are expensive and offer only one-way ride to Calakmul. Grab a quesadilla. Talk to the locals. Maybe you will make a better deal. The owner Juanita proposed us her son’s taxi services. In the price there was a whole day taxi service to three different archeological sites.

Calakmul, meaning Two Adjacent Mounds, is one of the most structure-rich sites within the Maya region. The site is in the jungle of Campeche and contains 117 stelas representing both rulers and their wives. In Calakmul there are 6,750 ancient structures. It is a UNESCO World Heritage Site since 2002. 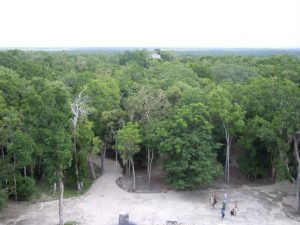 The Great Pyramid (Structure II) has a base covering 5 acres (0.4 hectares) and rises 174 ft. (53 meters) making it the tallest pyramid in the Yucatan and the largest structure discovered. After a long and demanding climb to the top, you can see other pyramids, including El Mirador (in Guatemala). The view is breathtaking. Take some time to admire this view!

Discover Various Species. Calakmul has an incredible biodiversity: 86 species of mammals, 385 species of birds, 75 species of reptiles, 18 species of amphibians, 31 species of fish and around 400 species of butterflies. There are over 1,500 species of plants. The most common to see are toucans, spider- and howler monkeys. Consider hiring an experienced guide.

The trip from Playa del Carmen to Calakmul is demanding but well worth a try. If you like long hikes and ancient Mayan architecture this one is for you. The satisfaction is 100% guaranteed!

Veil – a thin covering that hides something or stops you from seeing something clearly (welon, przesłona)

Ruler – a person who is in charge of a country (rządzący)

Quesadilla – a tortilla filled with cheese and heated

Adjacent – very near, or with nothing in between (sąsiedni przyległy)

Mammals – any animal in which the female gives birth to babies, not eggs, and feeds them on milk from her own body, eg. humans, dogs, elephants, and dolphins (ssaki)

Reptiles – any of various animals whose blood temperature changes with the outside temperature and whose bodies are covered by scales or plates, eg. crocodiles (gady)

Amphibians – a type of animal that lives both on land and in water, eg. frogs and turtles(płaz)

Howler monkeys – any large, prehensile-tailed tropical American monkey of the genus Alouatta, the males of which make a howling noise: some species are endangered (wyjec)