Christmas and Christmas Season in the USA

Strona Główna > In English  > Christmas and Christmas Season in the USA 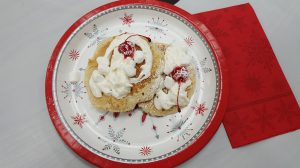 Nowadays, it is a blend of religious and nonreligious customs. Additionally, the melting pot of other nationalities adds also traditions from their original countries. For example, roast turkey and ham with cranberry sauce are on Christmas table in all USA states, but there are also tamales, roast goose with red cabbage, Polish sausage, called here by its original name: ‘kielbasa’, crawfish jambalaya, roast pork or seven fishes seafood salad. Americans also make gingerbread houses and eat them at Christmas. They also leave out some cookies and a glass of milk as a snack for Santa on Christmas Eve 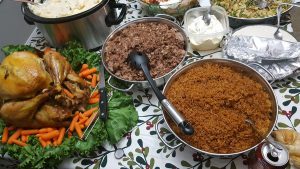 Christmas means also big time shopping. The day after Thanksgiving is called Black Friday. People go to the shops, buy many things and spend a lot of money. They queue many hours as there are really great deals offered in the shops. 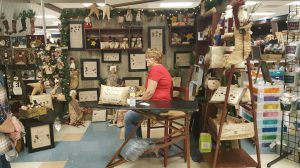 Americans like to decorate the outsides of their houses with lights and big statues of Santa Claus, snowmen and reindeer. Whole towns and cities are usually decorated on the first day of Christmas season, the 1st of December, with lights to celebrate Christmas. 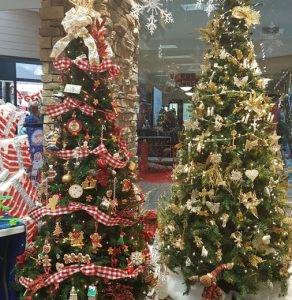 Christmas Trees in the Christmas shop in the town Santa Claus, Indiana

But Christmas season is not only about buying things. It is also a time of goodwill and an opportunity for charitable and volunteer work.

On Christmas Day many Americans will go to church to celebrate the birth of Jesus. Many churches have special Christmas Carol services and events where the story of Christmas is told. Some congregations create manger scenes with figurines representing the baby Jesus and those present at his birth. 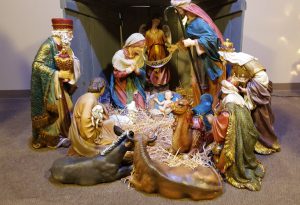 roast – to bake, especially in an oven (pieczony)

turkey – a large, gallinaceous bird of the family Meleagrididae, especially Meleagris gallopavo, of America, that typically has green, reddish-brown, and yellowish-brown plumage of a metallic luster and that is domesticated in most parts of the world (indyk)

cranberry – the red, acid fruit or berry of certain plants of the genus Vaccinium, of the heath family, as V. macrocarpon (large cranberry or American cranberry) or V. oxycoccus (small cranberry or European cranberry) , used in making sauce, relish, jelly, or juice (żurawina)

tamales – a Mexican dish made of minced meat mixed with crushed maize and seasonings, wrapped in maize husks and steamed (nadziewane ciasto kukurydziane)

gingerbread – a type of cake flavoured with ginger and molasses (piernik)